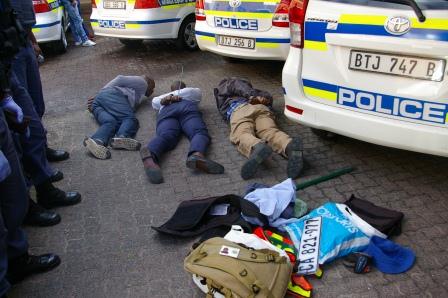 Yesterday afternoon, Monday 25 April, members from the Western Cape Flying Squad and Cape Town K9 Unit responded to information of an alleged hijacked vehicle traveling in Nyanga and conducted patrols in the area. At approximately 14:30 they spotted the vehicle, a white Toyota Fortuner and pulled it over on the intersection of New Eisleben and Govan Mbeki Roads.

Upon searching the vehicle they recovered various pieces of official SAPS uniforms including a shirt, bunny jacket, reflector jacket, trouser and Constable rank insignia. Items of equipment also seized included a blue light, siren, two way radios and black bullet proof vests. Three firearms, of which the serial numbers were removed, namely two 9mm Norinco pistols and an unknown manufacturer 45 caliber pistol, were also retrieved from the vehicle. It was established that the Toyota Fortuner was hijacked in Malmesbury during March.

Three men, aged 29, 42 and 46, from Mfuleni, Khayelitsha and Lower Crossroads respectively, were arrested and detained. They are to appear in Wynberg Magistrates Court on Thursday. 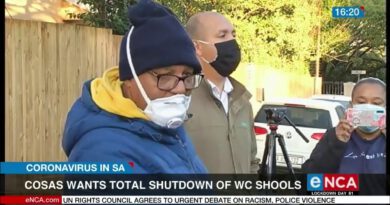 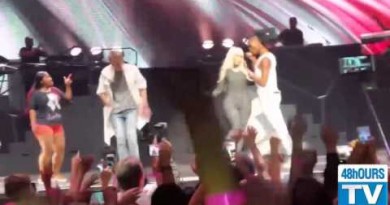 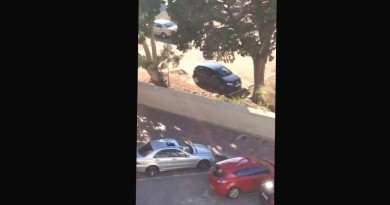